I read the Kindle version of Charlie Morley’s book below and entitled:
“Dreams of Awakening: Lucid Dreaming and Mindfulness of Dream and Sleep” 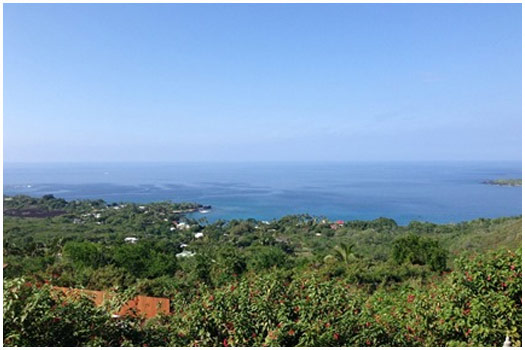 I had a couple of nightmares and with the last one woke up with mild pain from me using my healing fractured leg to kick my assailant away. I was disappointed and was thinking about going for a lucid dream workshop. And then this dream …

I had fallen asleep three and a half hour previously on my back with the position of the arms as suggested by the Art of Living Course: http://www.DrRMToussaint.com/spirituality-1.html. I dreamed that I was floating in this mad rushing tall mud slide.

The entire earth was experiencing this terrible storm. I was watching a city become totally destroyed by this devastating storm. The ocean was merging and obliterating the earth. A power boat full of people was trying to flee and navigate the tall and rushing oceanic mud,

​In my mind, I was watching and hoping that they would navigate away. I was also aware of the power and extremely rapidity of this rushing, massive and tall oceanic mud.

The next second both the people and the boat disappeared. I saw woods flying from where the boat was. It was more like I was watching a movie and was also part of the movie. This oceanic moving mud was blanketing tall buildings and everything else on its path.

I saw an erupted small explosion. It felt that death personified by a ugly criminal was orchestrating this destruction and waiting, watching and laughing about all the people dying.

Death seems to be floating in the rushing oceanic mud slide behind me, to my left and waiting for me to disappear. Somehow, I sensed what I felt was the devil’s presence but was not inclined or interested in looking back.

​I seem to be floating in the oceanic mud although I was not part of the mud. I was not trying to save myself and there were no emotions. I was mostly an observer and there was no one around me.

So I began to chant the mantra Om Namah Shivaya then mantra Om Mani Padme Hum. Then I remembered Charley Morley in his book recommending to call any teacher with whom one was connected. I called Sri Sri Ravi Shankar, then Archangel Michael. I did not seem to be getting any responses so I decided to call Archangel Raphael to get his input on the integrative holistic healing center that has been my most important dream for over 3 decades.

The next microsecond, I changed my mind and decided to call on the Divine Self and find out what was best for me to do and where to go. ​I became more aware that I was waking up from sleep and needed to go pipi.

Woke up fully and must use the crackling crutches and hobble toward the bathroom now….​

So the choice in this dream is to ascend! What is yours?