My Journey to the Seven Sacred Pools in Maui, HI!

​
Maui is divinely beautiful and spiritually challenging as a long term destination. One has more time to work with our belief systems, some say it is because, in Maui, we are a bit isolated from the miseries being experienced by the masses of humanity.

​It may also be that it is so divinely exquisite that its beauty continuously brings one to a state of gratefulness for Its Creator. Consequently, whatever is not of the Creator in one’s unconscious is brought to Light for healing.

We walked through the Bamboo Forest. Thank God I wore my bright green tennis shoes! Three times, I was trailing behind, not able to keep up with my two friends. 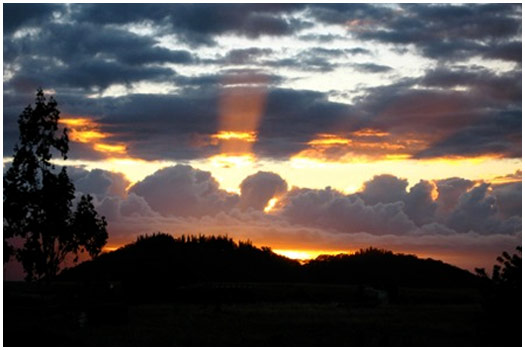 I was so tired, sweating profusely with aching and painful knees. Fine raindrops purified us the last minute of what seemed to be an overriding rocky and aching hiking trail to the majestic waterfall! ​I was so exhausted that both of my friends had to support me on either side through the last 20 rocky steps to the blessed waterfall.

We took pictures. As the water hit my head, the tiredness vanished only to be replaced by exhilarating energies flowing from my crown chakra to my feet to Mother Earth. I was invigorated and the painful knees were gone.

​On the way back, it became pitch black very quickly. I lead the way with the iPhone flashlight and with Sanskrit bhajans until we stepped into the car. I was so energized and drove the 2 hour drive to Maui with the soothing bhajans. ​

For the next two to three days, I had a clarity of purpose, and the certainty that I was returning to Maui in January to assist Mother Earth in her transformation into the fourth and fifth dimension.

What I remembered when I landed in 1992 or so, for the International Transplant Foundation Annual Conference, I thought that I should kiss the ground for I had just come home. I never forgot that feeling. When I came last November 7th for the 2nd time, the feeling was that Maui personifies the powerful healing Mother Earth Energy.

My sense is that I needed to move on my soul’s call. Spirit said status quo is no longer acceptable. Mother Earth is calling U and she will take care of U. She may shake you out of your comfort zone! For your soul’s evolution, leave the mainland.

​Maui, to me personified Mother Earth, the divine Spirit who will scrubbed you until the inner divine sparkle shines from within ! Only then will you be able to help yourself and the others. Only then will you realize that there is no other for there is only One.

The Saga of the Fractured Leg.

On this infamous fifth day in February, I was walking down a rocky hill with a friend. Within a split of a second I was on the ground with the worst pain in my leg. I slipped and felt on my twisted right ankle.

it was an odd feeling that this had never happened to me before and now in Maui, here I was with so much pain. We put ice on it and another friend drove me home with me sitting in the back of the car. I kept praying thinking that it was a sprained ankle. I meditated and took one acetaminophen.

Throughout the night, I kept meditating and doing pranayama, my breathing practices visualizing that all is well. I did not sleep very well and in the morning, I took one good look at the ankle and decided that with all that pain, tightness and inability to bear any weight on the leg that it was fractured and that I needed an X-Ray and probably a cast.

Wow! The eighteen of February was the first night I slept eight hours without waking up in pain since the fracture of the R leg on February 5th, 2014. Thank God! Many of us in the world know Maui as a Paradise! Maui is a very spiritual place!

Many things I am learning how to do with the crutches, others I cannot: I cannot clean the house. So I depend on others to help. Well I am drinking a lot of water and taking about 72 g of protein from Immunocal for the first three weeks after the fractured fibula. Which means, I wake up between one and 2 o’clock in the morning to go to urinate and take an extra dose of Immunocal. ​

​I turn my phone back on. There were two texts. One of them was one of my brothers and we texted for a little while and the second text was from the next door neighbor texting that she had dropped off my Bone Restore with Vitamin K2 on the Porch.

​I got out of bed with backpack on to go outside and I smile about this recent realization. When you have only one functioning leg, to be able to walk, you have to utilize two crutches, two hands and your strong one leg.

Most importantly you cannot carry anything in your hands so I’ve learned to walk around inside the house, backpack on at all times ready. The other reason for a backpack and or a pouch is to have the iPhone nearby. You never know. So I eagerly stepped toward the door thinking that I could take one step and reach on the table in the front porch.

​Well well, the box was placed on the arm of the chair, the farthest spot on the porch away from my field of vision. Maybe they did not wish to disturb. My gratefulness in the box being on the porch instead of in the mailbox a thousand steps of the long rocky driveway was overflowing.

Oops! The box will take too much effort to fit in the back pack. I was grateful to take those extra steps and thank God the box was not very heavy so I was able to bounce it around until I could get it on the floor of the studio and get in.

I was full from the 18 g of Immunocal. But nothing was going to stop me now from eating one slice of Ezekiel bread with a teaspoon of safflower oil and a pinch of salt, best recent meal combo, so I can be able to digest this Bone Restore with Vitamin K2.

​Post menopausal women my age with this kind of fracture take about 3 months to heal. Young people take about 6 weeks. To speed up healing, I started weight training twice a week. ​Many people reported that Immunocal helps to speed up all kinds of healing including bone. So my increased daily doses.

Notes on reading today: Reincarnation: Many people from Atlantis reincarnated in mass in the US[i]. The more one eats white flour, processed food and refined sugar, the harder it is to remember one’s dreams and the less synchronicity one experiences[ii].

​This one-month with the hard cast was the most difficult one month of my life. On the 10th of March, I prayed that this cast would come off once and forever. We got to the Ortho’s office 30 minutes early.​The X-Ray Tech saw me hopping toward the Waiting Area and called me in.

Wow that was fast. Looked at the note and said oops, ‘I can’t take you in the X-Rays orders said with cast-off’. ​OMG, I was happy to sit back down waiting for the MA to saw that cast right off my leg.

​The MA was very good. Well, the calf muscles were gone. My leg was skinny. She was kind enough to share, ‘don’t worry it will all come back’.Off to X-rays, I went. The foot and leg were sore and swollen since for the first time in a month, they were being moved.

I realized then how protective that hard blue cast was. But I was not going to miss it. My Orthopedist came back she was happy saying that I healed very well and gave me a scheduled of progressive rehab protocol.

She was pretty concerned about continuing to protect the leg and no weight bearing whatsoever for another two weeks.I got my removable cast which I had to keep on faithfully for two weeks and to remove twice a day to exercise and clean. I still had to take shower with this new cast.

​Knowing that the majority of the challenging people in our lives are the co-authors of our life’s script bring solace in the presence of so called disasters.

​We scripted the disturbances, the accidents like the fractured fibula in order to find more ways to love more, more incentive to forgive even more, more inspiration to uphold the one unified inner & outer divinity.

Our authorship makes these so called negative experiences our best catalysts for spiritual evolution. So our intention is to love and love, forgive and respect ourselves and see that we are all one! ​Forgive the negative distant or present circumstances which created our karma and its resulting need to incarnate to pay the karmic debt.

​This life is a school play. We are testing ourselves. Are you passing the love quiz? Today, my deepest desire is to learn to love with wisdom and to have compassion while invoking justice.[iii].